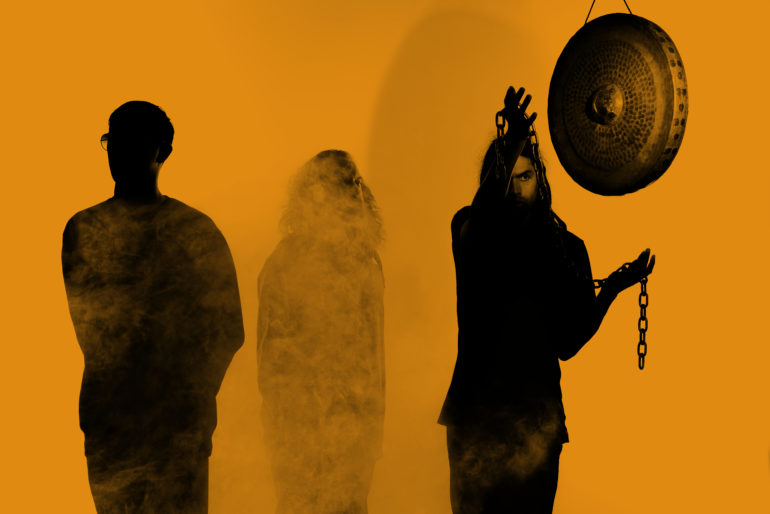 MY DISCO was formed in 2003 in Melbourne, Australia, by brothers Ben and Liam Andrews (both originally from London) and Rohan Rebeiro. They took their name from a Big Black song.

Based between London and Melbourne since 2010, their first public appearance was performed at The Good Morning Captain, a cafe and performance space in Collingwood, a suburb of Melbourne. MY DISCO became known for their use of unconventional venues, having organized performances on side-walks, in galleries, and warehouses alike.

The band founded their own record label, Crashing Jets, to release their own music. Following a limited cassette release, the band released a 7”, Collapse of an Erratic Lung (November 2003), and a 10”, Language of Numbers (September 2004, also available as a CD), both on Crashing Jets.

After a hiatus due to Liam Andrews’ diagnosis of Hodgkin’s Disease, their debut album Cancer was released in 2006. They toured the album to the United States, New Zealand, and the United Kingdom, as well as appearing at the Meredith Music Festival in Victoria.

In October 2007, the band recorded their second album, entitled Paradise, at Electrical Audio with Steve Albini of Shellac. An extensive world tour in support of the album followed, including a performance at SXSW in Austin, Texas.

In 2010, the band signed to the New York record label, Temporary Residence Limited and released their third album, Little Joy. Recording started in March 2010 at Electrical Audio with once again Steve Albini as engineer. The album received the Australian Independent Record (AIR) Award for ‘Best Hard Rock or Punk Album’ in 2011.

In 2015, MY DISCO released their fourth studio album, entitled Severe. It was their first studio album to be recorded with film composer Cornel Wilzcek at Electric Dreams Studio in Melbourne, Australia, Severe captures the subtleness and high concentration levels of MY DISCO’s renowned minimalist approach to dark and heavy instrumentation. Previously known for their stark and consistent rhythmic structures, Severe takes on a new approach of aggravated tonal darkness, exploring a heavily effected and extremely dynamic writing style. Severe was nominated and shortlisted into the final for the AMP Australian Music Prize.

Following the release of Severe, the band released a Remix 12″ on Karl O’Connor’s label Downwards Records featuring Regis and Lustmord reworking the tracks 1991 and Our Decade.

In 2018, MY DISCO recorded their 5th studio album with Boris Wilsdorf at Einstürzende Neubauten’s studio andereBaustelle in Berlin. Their most uncompromising recording to date, the album was released through Downwards Records. Written over a two-week period during Berlin winter 2018, the band decided to let their surroundings shape the sound of their new material. Recorded in a place that has seen Einstürzende Neubauten, Keiji Heino and Pan Sonic pen works, the band became immersed within the confines of the space and immediate surroundings and set to create a record that has become a dark and intense departure from their previous releases.

Following the release of Environment, the band were invited to perform at the 2019 Berlin Atonal at the historic Kraftwerk Berlin.