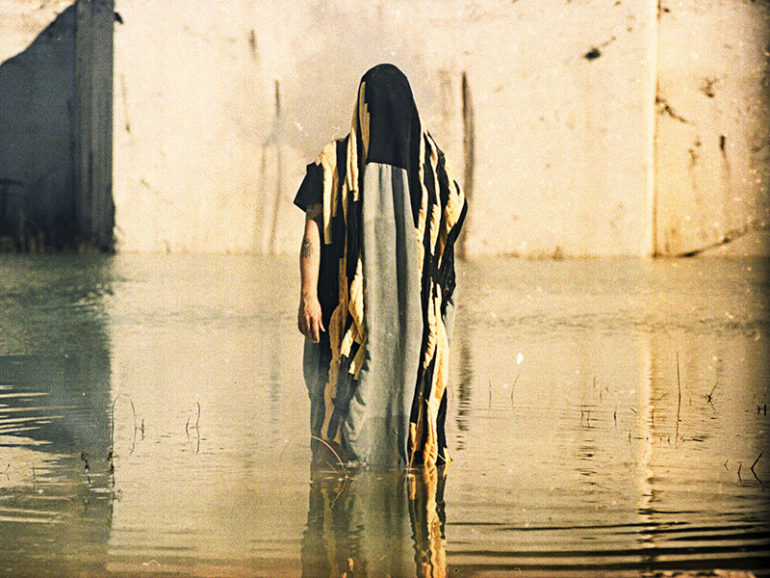 Repossessed by the past, bitten once again and forced to relive drama, history, memories, tradition and roots. A past that needs exorcizing, bending and re-imagining in order to move forward and depend on. This is ‘Rimorso’, Mai Mai Mai’s colossal mediterranean gothic album.

Known for his incredible blend of Southern Italian Folklore, industrial drone, proto-techno & punishing miasmic electronic music, Toni Cutrone aka Mai Mai Mai approached ‘Rimorso’ with a clean slate. Following ‘Nel Sud’ (La Tempesta International, 2019) and his mediterranean trilogy ‘Theta’ (Boring Machines, 2013), ‘Δέλτα’ (Delta) (Yerevan Tapes, 2014) and ‘Φ’ (Phi) (Not Not Fun Records / Boring Machines, 2017) the Roma based noise artist recreated his spirits of the past by collaborating with musicians and ethnomusicologists that work on the present, on traditions that are still passed on and morphing continuously, healing our nostalgia for a lost future. ‘Rimorso’ sheds the past heavy use of samples and sound manipulation in lieu of a human element: voices, percussion, lap steel guitar all embedded in a rich cultural heritage.

‘Rimorso’ is Mai Mai Mai’s new ritual, turning absence into presence, dismissing nostalgia for consummation, an immersion into the temporal disjunction we are experiencing through the essence of human fabric.