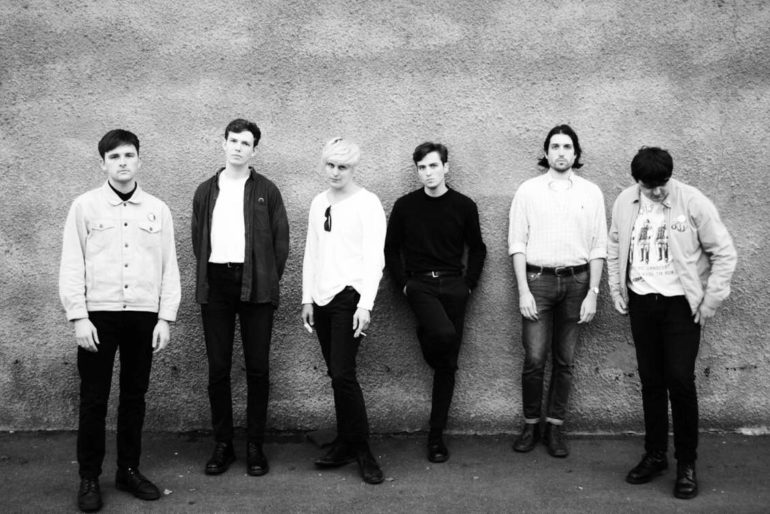 Born out of the Cardiff cold but now split between South Wales and London – Chain of Flowers are hailed as one of the finest young post-punk bands to emerge from the UK in years.

Known in equal measure for the high octane intensity of their mesmerizing live performances and acclaimed recorded output, Chain of Flowers have received rave reviews as well as an unusual degree of airplay for an underground band both across Europe and the USA (inc. BBC Radio 6 and KEXP).

Their eponymous self-titled debut LP was released in 2015 on Luke Younger’s ALTER label. The record is regarded as a modern classic within its genre and very much sets the pace for modern post-punk in its truest form.

Since their 2012 inception, the band have toured either side of the Atlantic, playing and touring with both legends & current contemporaries such as The Jesus & Mary Chain, The Fall, The Chameleons, Nothing, Ceremony, A Place To Bury Strangers, Boy Harsher, Uniform and Merchandise to name but a few. The band’s powerful fusion of ethereal sonics and tough driving punk rhythm has seen them hold their own in an array of settings, ranging from New York basements to Berlin’s infamous SO36 and a rave for Blackest Ever Black at Corsica Studios, London.