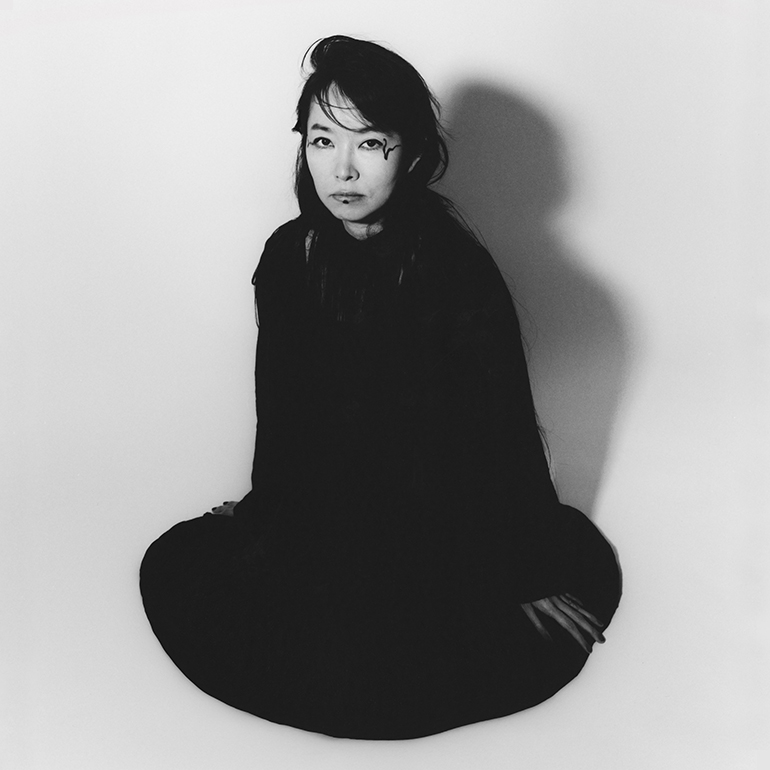 Yuko Araki is one of a number of young female artists emerging from Japan that are redefining the outer boundaries of noise, post-industrial techno and experimental electronics.

Raised as a pianist, Araki’s teenage obsession with metal opened a gateway towards various types of intense sonics. Exploring a range of diverse music projects over the past decade (KUUNATIC, Concierto de la Familia), her solo work resolved in 2019 after she developed an approach to freeform analog noise, releasing her first EP “I” via Indonesian label Gerpfast Kolektif and her debut album “II” via Italian label Commando Vanessa. Working with a reductive set of tools, her methodology was to create work that created a sense of timbral density and complexity through a weaving together of competing elements.
In April 2021 Australian label Room 40 releases “End Of Trilogy”: the new album pushes this approach outward, taking in almost Kosmiche sensibilities, creating a sound that glints with the unsteady radiation of a dissolving pulsar. The album is an offering of competing states of tension and release. It merges polychromatic pulses against waves of sheering noise and uneasy ruptures of sound.

End Of Trilogy is a record of unpredictable momentum and tempered ferocity. Even at its most intense. Yuko Araki’s work maintains a sense of playfulness, and a determination not to succumb to mere sonic nihilism. Drawing on techniques borrowed from 70s prog-rock and even free jazz, she dissolves expectation and in the process reveals an utterly personal approach to noise and experimental electronics.

End Of Trilogy is not merely a conclusion, but rather an interrogation of what comes next.