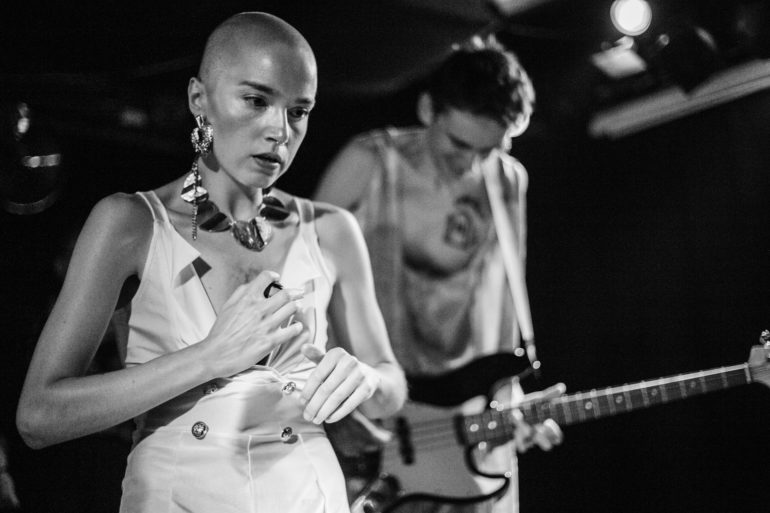 Siksa is a Polish slang word for a naive and sexually attractive young woman. It is also the band name adopted by two artists — spoken word poet and punk singer Alex Freixeit and bassist Buri — who have become adept at making certain sections of society uncomfortable.

Siksa duo is the most divisive Polish artist in recent memory, whose radical and brutally honest performances are smashing the patriarchy one gig at a time. Coming from punk, literary and theatre backgrounds, her shows dissect the European consciousness. To quote her own words, she’s a girl on a mission.

Played more than 250 shows in Poland and across Europe, at music venues, squats, contemporary art galleries, as well as on big and diy festivals.

“Siksa’s uncompromising, visceral and quite literal, attack on misogyny clears some of the venue and one doesn’t need to understand Polish to get the point. Men! The pain you feel on watching Siksa is merely the patriarchy leaving your body! SUBMIT!” The Quietus