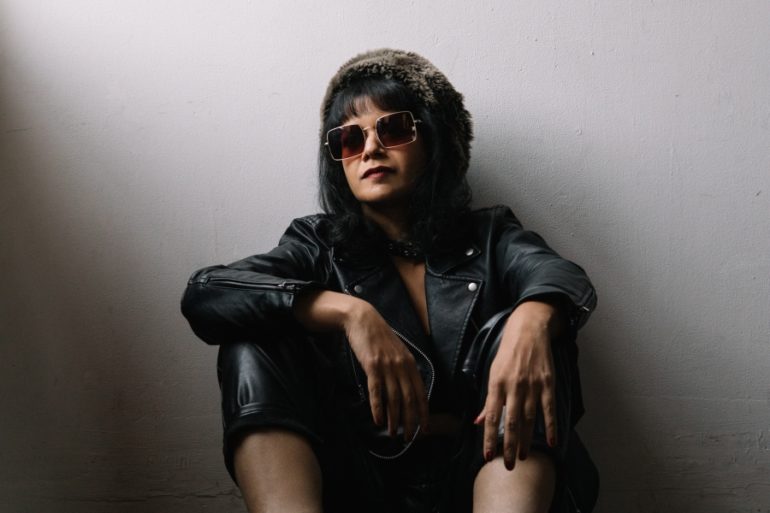 Shilpa Ray is a wailing, fire-breathing Cyclops. She tornadoes everything in her path: small towns, big cities, and children’s dreams. One of her fans commented on a YouTube video, “If there’s a heaven, I want God to hire Shilpa Ray to sing the list of my sins.” Within a few hours, she had a day job working for Saint Peter. Ray has ripped off all the greats—The Gun Club, Tom Waits, The Doors— and recently pulled off a triple rip: ripping off Nina Simone ripping off Screamin’ Jay Hawkins ripping off the Devil.

Shilpa Ray released her album Teenage and Torture in 2011 on Knitting Factory Records and found her biggest fan in Nick Cave who started telling music journalists she was his favorite current band. Cave brought her on tour as support for a few Grinderman dates, recorded the Wiel/Brecht song “Pirate Jenny” with her for Hal Wilner’s Rogues Gallery: Pirate Ballads, Sea Songs and Chanteys II, and then hired her to sing backup on his Spring 2013 Bad Seeds tour as well as main support for their Fall 2013 UK and Europe tour to promote her new 4-song EP It’s All Self Fellatio on his record label Bad Seed LTD. She has also served as main support for Man Man and Acid Mother’s Temple as well as the opening act for Elvis Costello, Patti Smith, and A Place To Bury Strangers.

Shilpa Ray toured Europe and North America with Nick Cave and the Bad Seeds as a backup singer and their supporting act. She recorded a version of “Pirate Jenny” featuring Nick Cave and Warren Ellis for “Son of Rogue Gallery: Pirate Ballads, Sea Songs & Chanteys released in February 2013 by Anti/Epitaph.
Her latest acclaimed Album, Portrait of a lady, came out in April 2022 on Northern Spy.