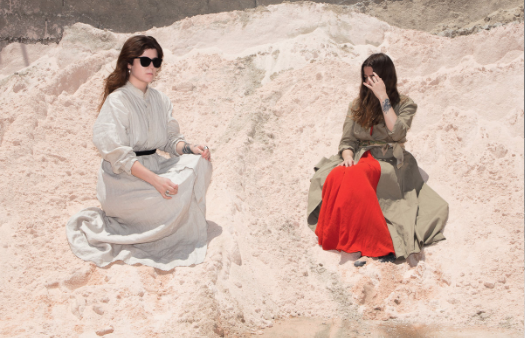 From the release of the first self-titled album in 2013, Rakta has lived quite a vertiginous rise. In a particularly rare way for a band from the do-it-yourself scene of São Paulo, the band has aroused immediate international attention.

Rakta’s genre-bending intensity, along with its complex, narrative live performances builds peculiarly deep sonic dimensions, creating a “captivating atmosphere that seems to draw people in”, as describes the magazine The Quietus.

The verse-and-chorus format is subverted in a way by which each composition ceases to be a song and becomes a process, the translation of an emotion into rhythms and sounds overimposed and arranged, navigating at the edge of chaos.

Since 2014, Rakta has been playing extensively throughout Europe and North America, as well as Japan, Mexico, Colombia, Argentina, Peru and major festivals in Brazil – more recently, at CTM Festival (DE), Donaufestival (AT) and Roadburn Festival (NL).

Besides the crowded shows, they were featured in several Brazilian and international mainstream press outlets, such as The Wire, The Guardian, NPR and Gonzus Magazine. Rakta nowadays consists of Carla Boregas (bass and synth), Paula Rebellato (vocals and synth) and Maurício Takara (drums and electronics), who joined the band in 2018.