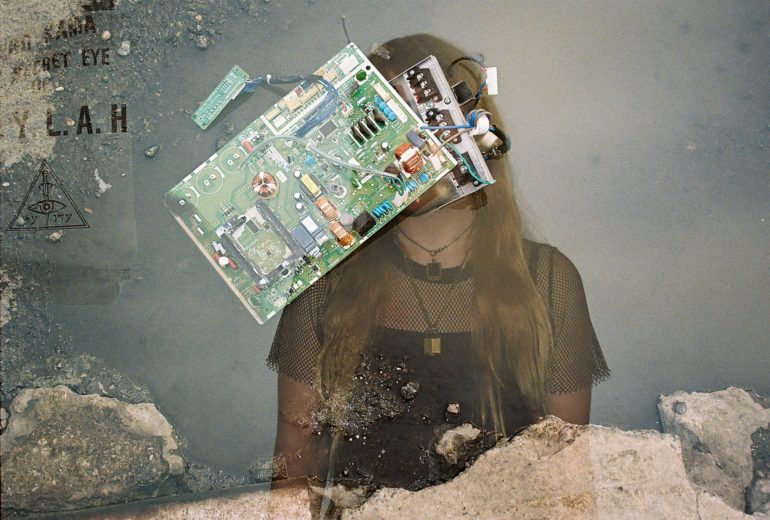 Margaret Chardiet is an interdisciplinary sound artist born and based in New York City. Raised by underground musicians and artists, Margaret was surrounded by a collective of the city’s impassioned, cultural detritus. Instead of following a path of higher education, she began the experimental project Pharmakon in 2006, at the age of 16. Pharmakon as a project, entity, and process, has evolved and exists in true protean form, developing alongside (or more so within) Margaret’s personal experience and auto-didactic philosophies. Her work as a whole is a forced self-possession, a celebration of ferality and viscereality, which performatively abandons a society that has never accepted anything it couldn’t also exploit.

Chardiet uses electronic synthesis as a tool to transfer this self-possession physiologically and intra-spatially into the bodies of their audience. Timbre becomes temper. Ferality, a social contagion or biorhythm. Margaret has also played in numerous punk groups that extend out to a greater international D.I.Y. music community, and has composed score and original music for the films Transfiguration (2017), and Sound of Metal (2019).