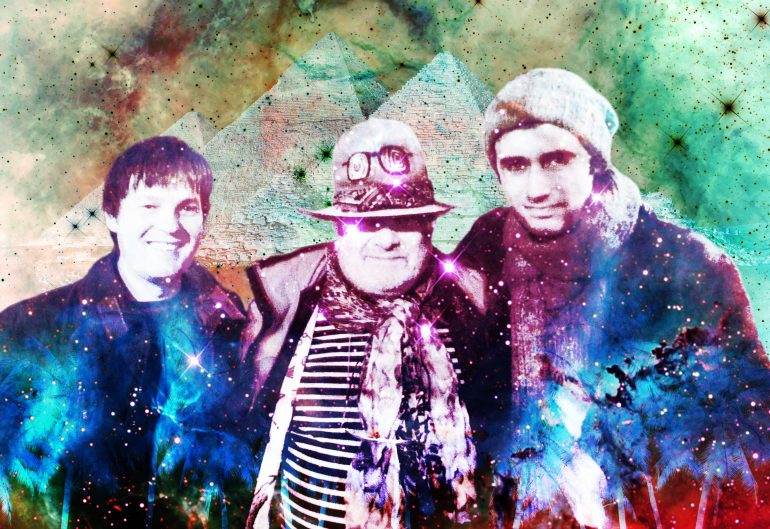 The signature strumming of Palestine’s piano augmented by Tucker and O’Sullivan’s earthware electronics and processed strings create seamless sonic ripples in a constant state of unfolding. This is perhaps the most demonstrative document of Palestine’s powerful vocal delivery – an alien hybrid of sacred music drawing deep from the well of the cantorial synagogue and Hindustani classical styles in a bid to channel inter-dimensional beings from ancient cultures. In some respects this could be thought of as Charlemagne in dub as Grumbling Fur carefully twist and mangle their palette of electrified harp, viola, bowed mandolin, percussion, tapes and voice transformers through chains of loopers resulting in a slowly dilating vapour.