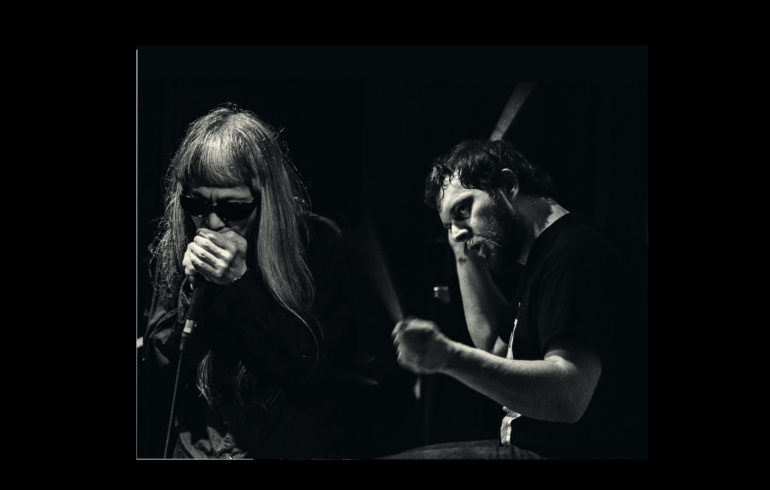 Stemming from the Antonin Artaud-inspired theatre milieu, since the beginning of the ’70s Keiji Haino explores such fields of music as psychedelic, improvisation, minimalism, noise and drone. From 1973 until 2013 banned by the Japanese public broadcaster NHK, he co-founded such ensembles as Fushitsusha, Vajra or Nijiumu, and has also collaborated with artists as varied as i.a. Peter Brötzmann, Derek Bailey, Tatsuya Yoshida, Pan Sonic or Jim O’Rourke. The Japanese experimentator is here joined by Hungarian drummer Balázs Pándi, longtime collaborator of Merzbow and who has recorded with such artists as Venetian Snares, Otto von Schirach, Justin Broadrick, Bill Laswell, Zu or Wadada Leo Smith.

A collision of two concepts of improvisation is coming our way.

“Keiji Haino towers over the Japanese underground: his colossally heavy guitar excursions inspired a whole generation of psychedelic rockers, but his omnivorous musical appetites have also seen him collaborate with jazz musicians, branch out into DJing, and play an entire gamelan orchestra single-handedly. There’s no knowing what to expect from a Haino gig” – Time Out Tokyo