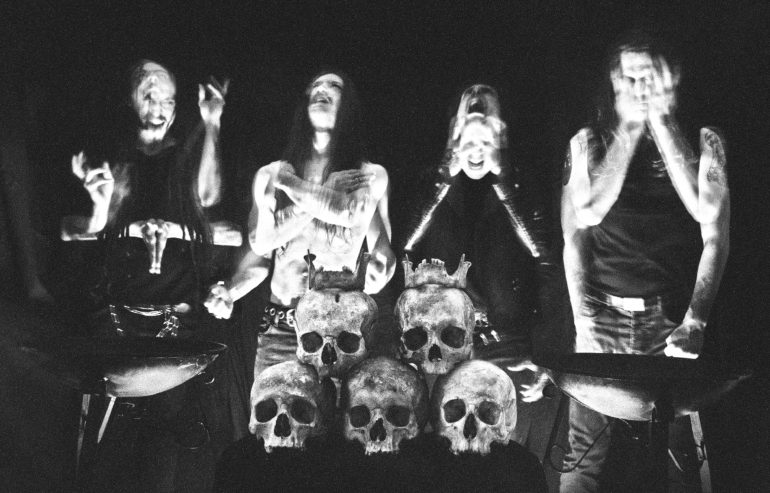 Fuoco Fatuo was born in 2011, in the middle of the ghastly lakes of Varese, Italy.

Starting out as an occult and oppressive death/doom band with an eerie and gloomy atmosphere, in 2014 they released their debut LP “The Viper Slithers In The Ashes Of What Remains”, which followed several EPs.

Their sophomore LP “Backwater”(2017, Profound Lore Records) is a massive and suffocating funeral doom album, an exploration of the darkest and most desolate spaces through a sickened development of sound, making it like a flood of impenetrable black magma.

The flowing magma of “Backwater” has buried and devoured all that lied underneath, and this is where Fuoco Fatuo’s “Obsidian Katabasis” latest LP dwells(2021, Profound Lore Records). A deeper and obscure undiscovered dimension. The extreme doom essence absorbs elements of dreadful nature which find cohesion into this record for a rich and thick sound and manifest into a visionary descent that evokes what is primordial.

Fuoco Fatuo played at festivals such as Roadburn Festival and Kill-Town Death Fest, made a European tour with Dark Buddha Rising and shared the stage with Grave Miasma, Yob, Esoteric, Ash Borer, Evoken, Hooded Menace and Necros Christos among others.