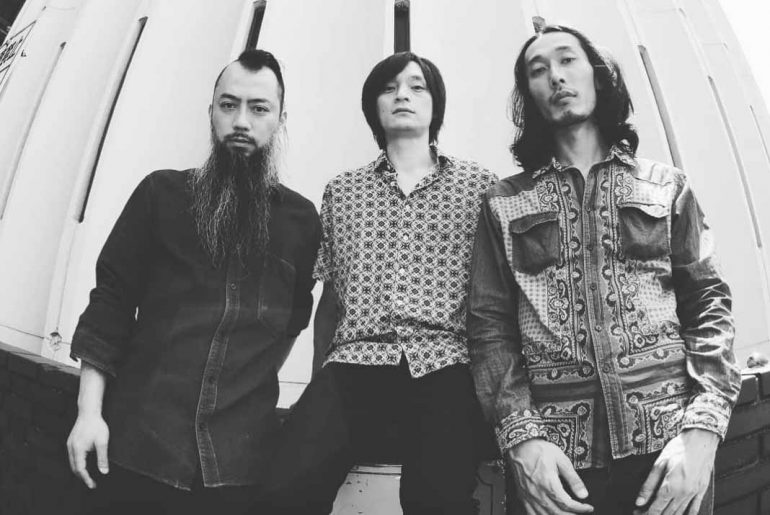 Dhidalah started in 2007 as an instrumental heavy psych trio from Tokyo (Gotoh Ba, Konstantine/Dr, Ikuma Kawabe/Gt). The group’s name comes from the mythological giant Daidarabotchi, which was believed to create mountains and land with its enormous size, much like Dhidalah’s sound.
While Ikuma was playing as a guitarist for Church of Misery, the trio discovered a connection between music from different genres. Their sound reveals that connection, which is often described as space kraut rock meets heavy doom.
After they built strong fan base in Japan by touring Japan several times, they released their debut 10” “NO WATER” from Guruguru Brain in 2017, and now they are seeking to touring in Europe.