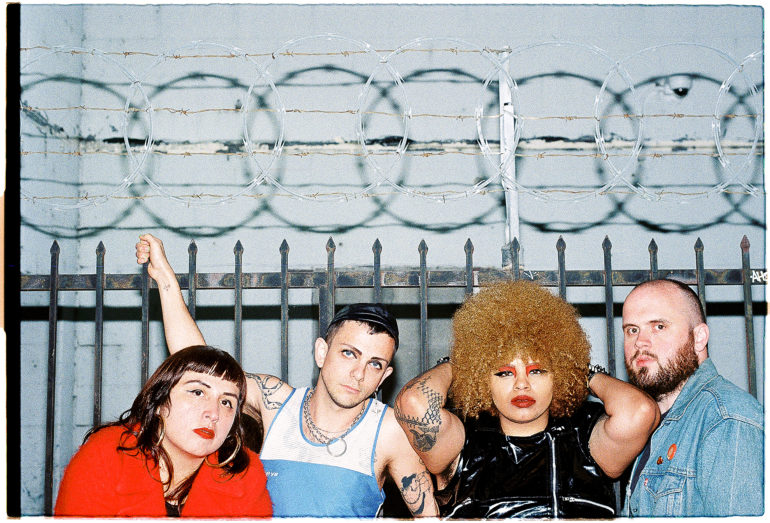 Special Interest initially formed in 2015 to play one show in a basement. Originally a two-piece with Alli Logout and Maria Elena playing guitars and power tools over the beat of a 70’s Univox drum machine. Soon after they ditched the power tools and were joined by Ruth Mascelli on electronics and Nathan Cassiani on bass. Special Interest quickly gained a reputation for their intense and energetic live shows. A dense wall of sound oscillating from aggressive and noisy to joyous and danceable punctuated by the no holds barred on stage persona of their vocalist. Special Interest have embarked on several short tours of the southeast and have traveled to play festivals such as Suoni Per Popolo, Slut Island, and Not Dead Yet.

Their debut album Spiraling w as recorded in New Orleans in 2017 by organist, inventor, and fixture of the local underground music scene Quintron. The first new release on Brice Nice’s Raw Sugar label since 2011, Spiraling is perhaps the sum of its members influences. Which is, to say, everything. They are currently working on a follow up LP to be released in the US on Thrilling Living and in the UK/Europe on Night School Records.