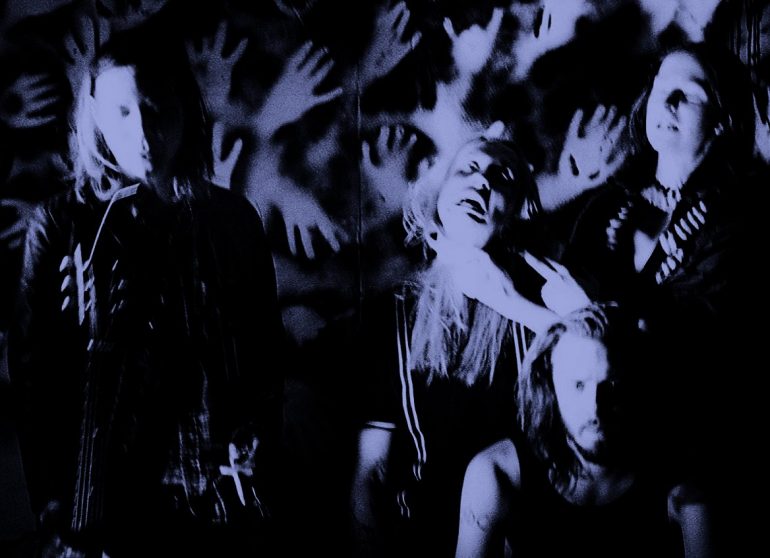 The Devil’s most beloved toy & tool released their third album, ominously named `Scissorgod´. From pure rockers to emotional bleeders to ultra-black metal killers, REVEAL present a world of filth erected in the midst of Elysium, black-minded and strong. Or, more directly, with `Scissorgod´ do REVEAL prove again that they give no fucks for uniforms, blinders, and the opinions of others; they simply collect and inhale the madness of the world and channel it into a pure outburst of DEATH ROCK.
REVEAL present themselves in a more widescreen and technicolor manner – their focus frightening, their vision more artistic than ever before. These nine songs reflect the halos, the thorn-crowns, and the maelstrom of fire wherein REVEAL struggle and always swirl & whirl, but show that this band is radiant on a pale, grey metallic sky. A top-notch production by none other than Martin -Konie- Ehrenkrona (In Solitude, Henrik Palm, Pig Eyes, Nifelheim) Recorded and mixed in the Cobra Studios in Stockholm.
So, don’t be afraid: be thankful – be faithful – for what REVEAL has to say. It can be the soundtrack while we dance a spiral downwards, down through a hole.