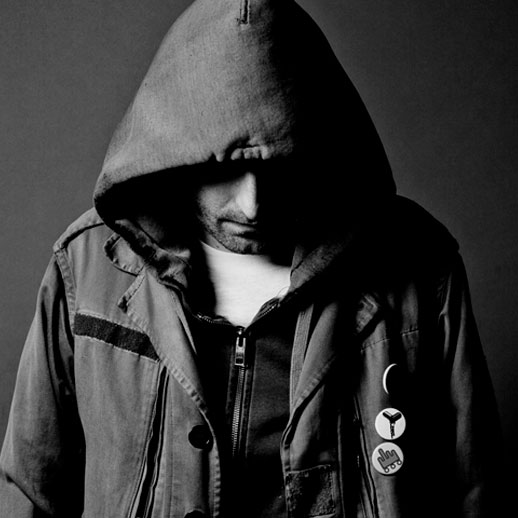 French one man project Jessica93 is a powerful and emotional force of hypnotic loops, grungy riffs and cold beats, all wrapped up in an impressive sense of delicate and to-the-point song writing.

Even Paris, the city of love, hosts its bleak and dingy suburbs. With the promise of magic so close within one’s reach, the lack of it becomes even more evident. In the midst of this space of hope turned disappointment, Geoff LaPorte goes on an escapist trip and takes on the moniker of Jessica93. Where others see beauty, he sees the rats. But Jessica is the coolest chick in class. She’s desirable and she has ability to transcend the mundane reality of Paris’ dirty streets. Or at least she tries. Jessica stands for all that we wish to be, but can’t. Instead, let’s embrace the dark humour of the universe. After all, it’s not for nothing Jessica93’s 2013 debut is called “Who cares”, with a picture of a bag of crack cocaine on the cover.

As one man playing all instruments, along with a trusty drum machine; Jessica93 builds his music with layers – balancing the raw and minimalist with a trippy warmth. This sense of dream and romance is present in all his songs, sometimes numbed in an opiate high, sometimes as matter-of-fact melancholia. This isn’t some pedal-fest without substance, or, for that matter, a total downer – some of those beats sounds like John Bonham trapped inside an ice box, and the groove is undeniable. Something wants to reach out for sure, and on stage this part-shoegaze-part-grunge-part-cold-wave operation of one does just that: reaches out and goes for the stars. It might all get buried in a heap of dirty clothes once back on earth, but still.

Using very little to achieve a lot – Jessica93 goes straight to the core of every aspect of his music – illuminating a brilliant song writer in the process. Nothing to hide, nothing to lose.