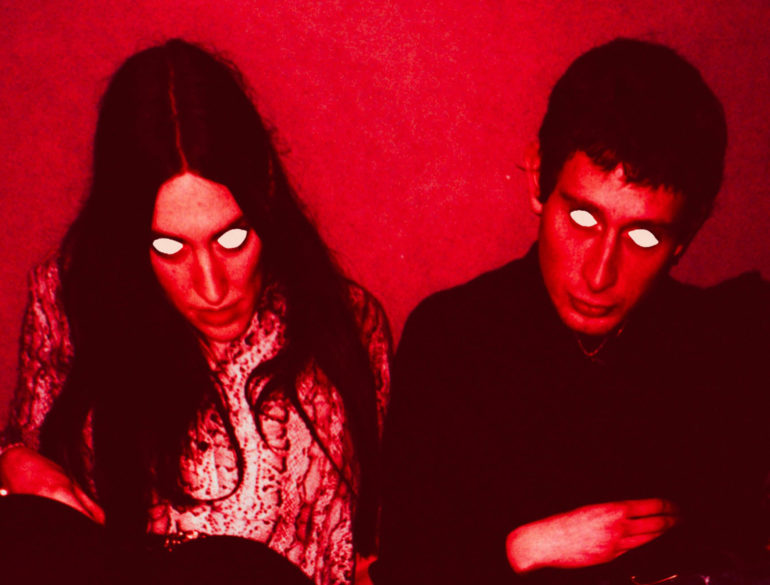 Evil House Party is the Copenhagen-based EDM/dark dance band of Jacob Formann (Mini Esco, previously in Communions) and Emma Acs, who releases also dark pop music under her own name. The twisted duo know each other from the Copenhagen music scene and the friends groups around it. One summer they’ve spent most sunny days in a dark basement in a poison base area of the industrial harbor side of Copenhagen, making the beginning of a new band and what later became their debut EP Grand Theft Audio.

Evil House Party can be described as depressive eurodance or dark EDM, but Emma & Jacob, who both grew up playing rock music, simply describe it as “car music”. Jacob is the former guitar player of the Danish rock band Communions (Fat Possum, Big Love) and is currently releasing music under the monicker Mini Esco on Posh Isolation.

Grand Theft Audio sounds like the soundtrack to a get-away drive, only lit by the city lights: it’s coming in September 24th 2021 on Third Coming Records, and will be surrounded by Scandinavian shows and an UK/IE tour.