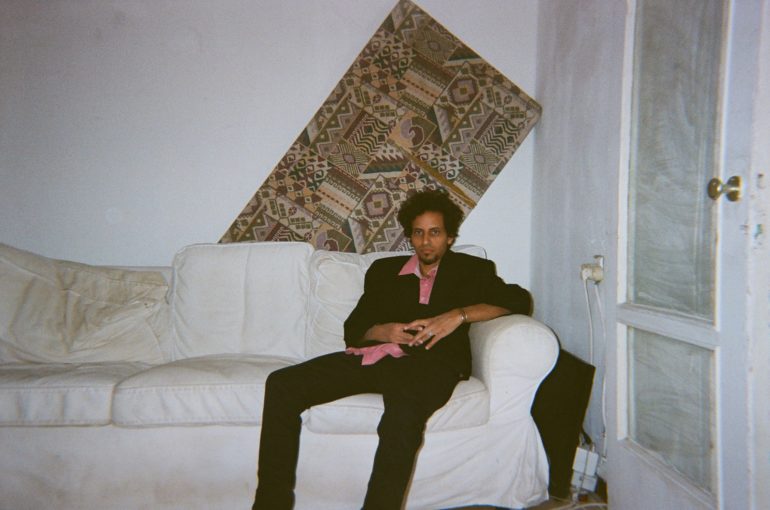 A homemade junkyard band led by multi-instrumentalist Eyal El Wahab. Named for the drug used so widely chewed across the Arab Peninsula, The band brings original compositions inspired by the music of the golden age in Aden, Yemen. El Wahab plays many instruments, like the dli and the Kearat that he constructed himself. It’s something he started doing several years ago, using his skills to make music from the items people discard. A child of the Yemeni diaspora who’s grown up in Tel Aviv Jaffa. it’s a practice that harks back to the family homeland, where even rubbish can have become an instrument. El Wahab has always been a man of invention. He talked his way into the Jerusalem Andalusian Orchestra as a cellist, self-taught from busking and unable to read music, learning the repertoire by ear as he went along, and picking up music theory. It gave him a strong foundation, but his world changed when he was given ‘Qat, Coffee & Qambus: Raw 45s from Yemen’ an LP of Yemeni traditional music from the 1960s. It came as an epiphany. He quit the orchestra, began building instruments and put together El Khat Albat Alawi Op.99, El Khat’s new album, released on March 2022 via Glitterbeat Records, celebrates an homage to Faisal Alawi, a popular Yemeni singer who died in 2010, along with an alba, a small tin box that can contain many treasures, while the Op.99 is intended to give the compositions “the same respect as Western classical music.”

Saadia Jefferson, El Khat’s debut album, released on Batov Records, brings a funky, psychedelic reimagination to the traditional Yemeni songs that electrified him when he first heard them, this is an album almost entirely filled with his own compositions, something close and personal that constantly looks back to his family’s homeland in Yemen. The Yemeni Orchestra, In 2022 El Wahab with The Association For Society and Culture – Yemenite Tradition established an orchestra focusing on the old sound from the 60-70s in South Yemen and preserving the tradition. Those new arrangements for the Classical Yemeni repertoire are performed and sung by the entire members of the orchestra and with guests such as Riff Cohen, Zion Golan and more